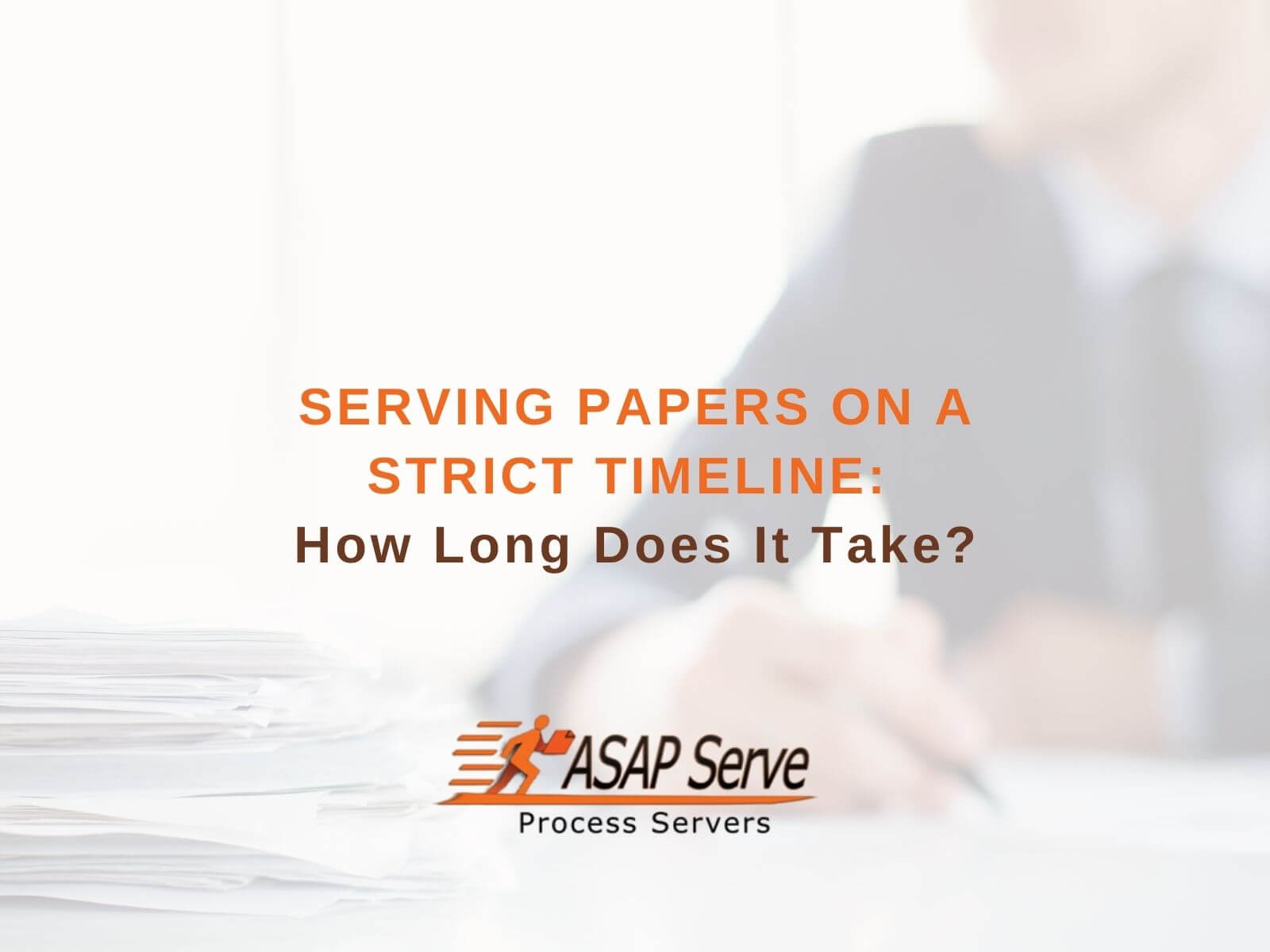 Serving Papers on a Strict Timeline: How Long Does It Take?

Posted by Joshua Jacoby on  November 30, 2021
Comments Off on Serving Papers on a Strict Timeline: How Long Does It Take?
Category: Mesa Process Servers
How Does The Document Delivery Service Work Within A Tight Deadline? Remember being a child on a road trip? Like all other children, at some point or another we all asked, “Are we there yet?” over and over again out of boredom and anticipation. Everyone wants to get to their end destination without having to wait on the journey. When it comes to serving papers, it’s pretty similar. We want the job done immediately, but
Read More 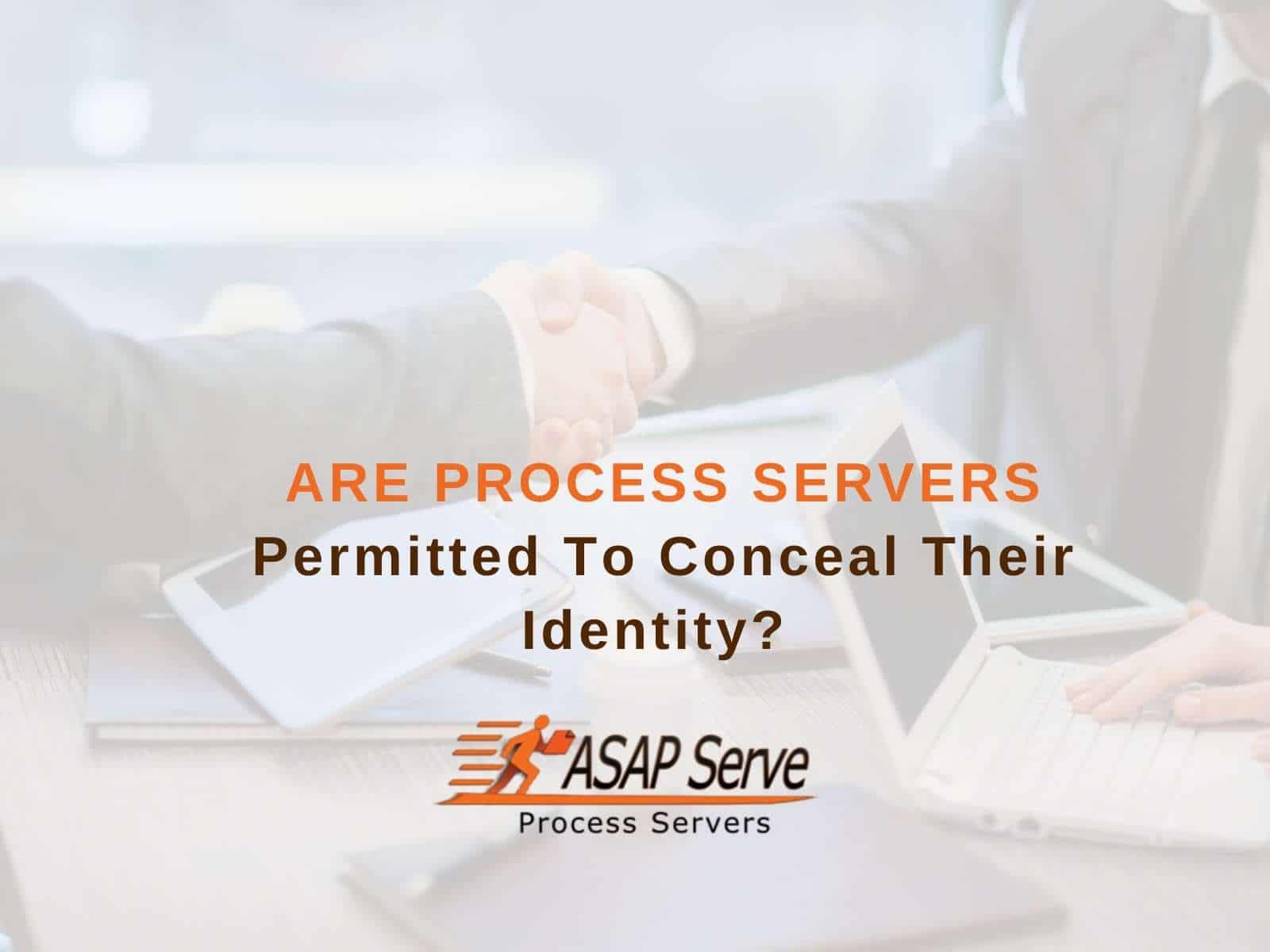 Are Process Servers Permitted To Conceal Their Identity?

Posted by admin on  October 13, 2021
Comments Off on Are Process Servers Permitted To Conceal Their Identity?
Category: Arizona Process Servers
Process Servers’ Permissible & Prohibited Disguises Service of process is often one of the most dramatic scenes in TV shows and movies that involve legal issues. It’s not uncommon to see service processors going to great lengths to serve people who lie about who they are, who jump out windows to avoid process servers, and to run from the papers being held out to them. The truth is not too far from those depictions, even
Read More 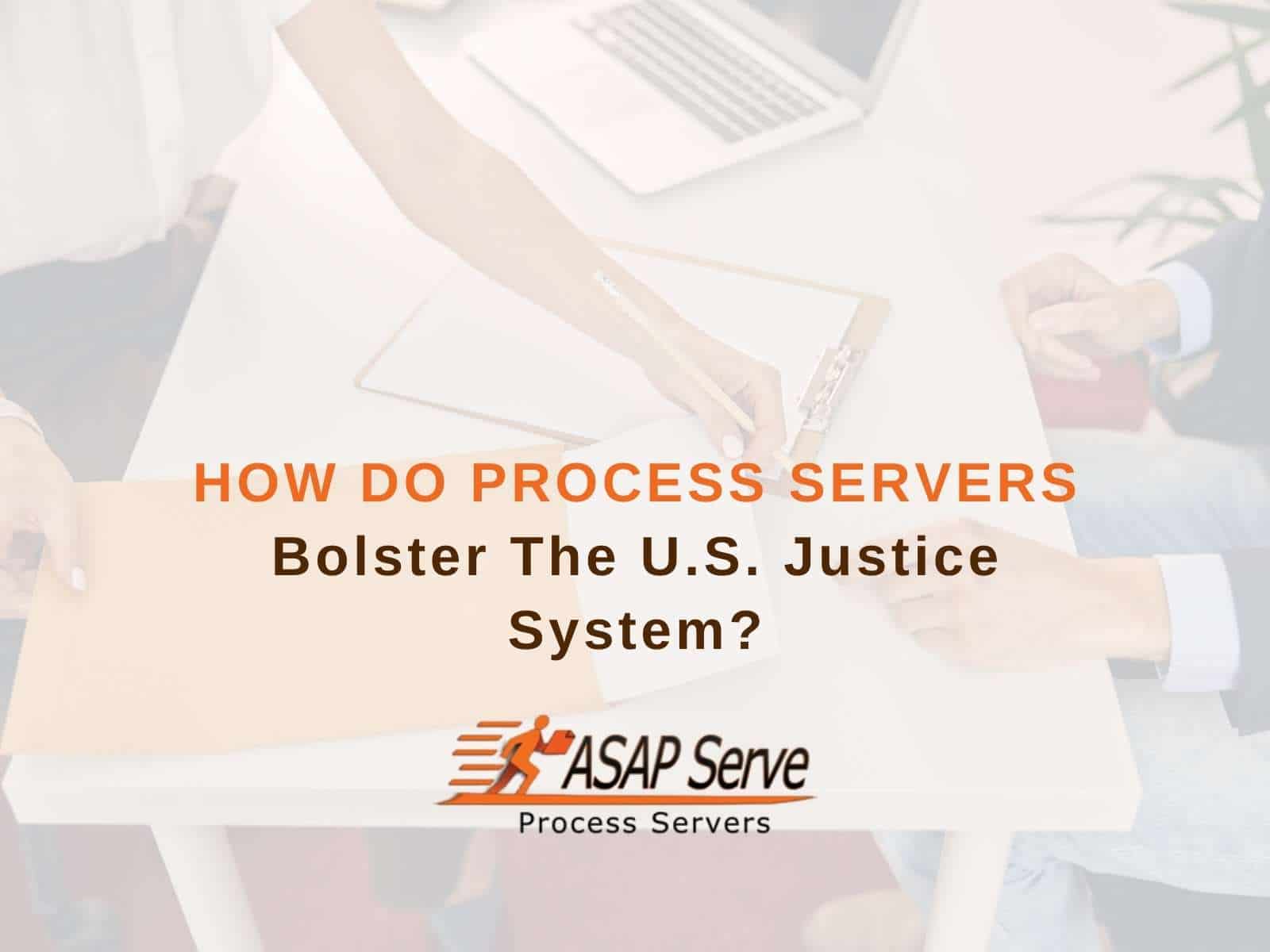 How Do Process Servers Bolster The U.S. Justice System?

Posted by admin on  August 5, 2021
Comments Off on How Do Process Servers Bolster The U.S. Justice System?
Category: Mesa Process Servers
The Importance Of a Process Server Company While Filing a Lawsuit Most people have an idea of how Mesa process serving companies work, but they may not realize the important role that process serving plays within the United States justice system. To learn why process servers bolster the justice system, we need to consider where the role came from. When the United States of America declared its independence, fought a war for its freedom, and
Read More 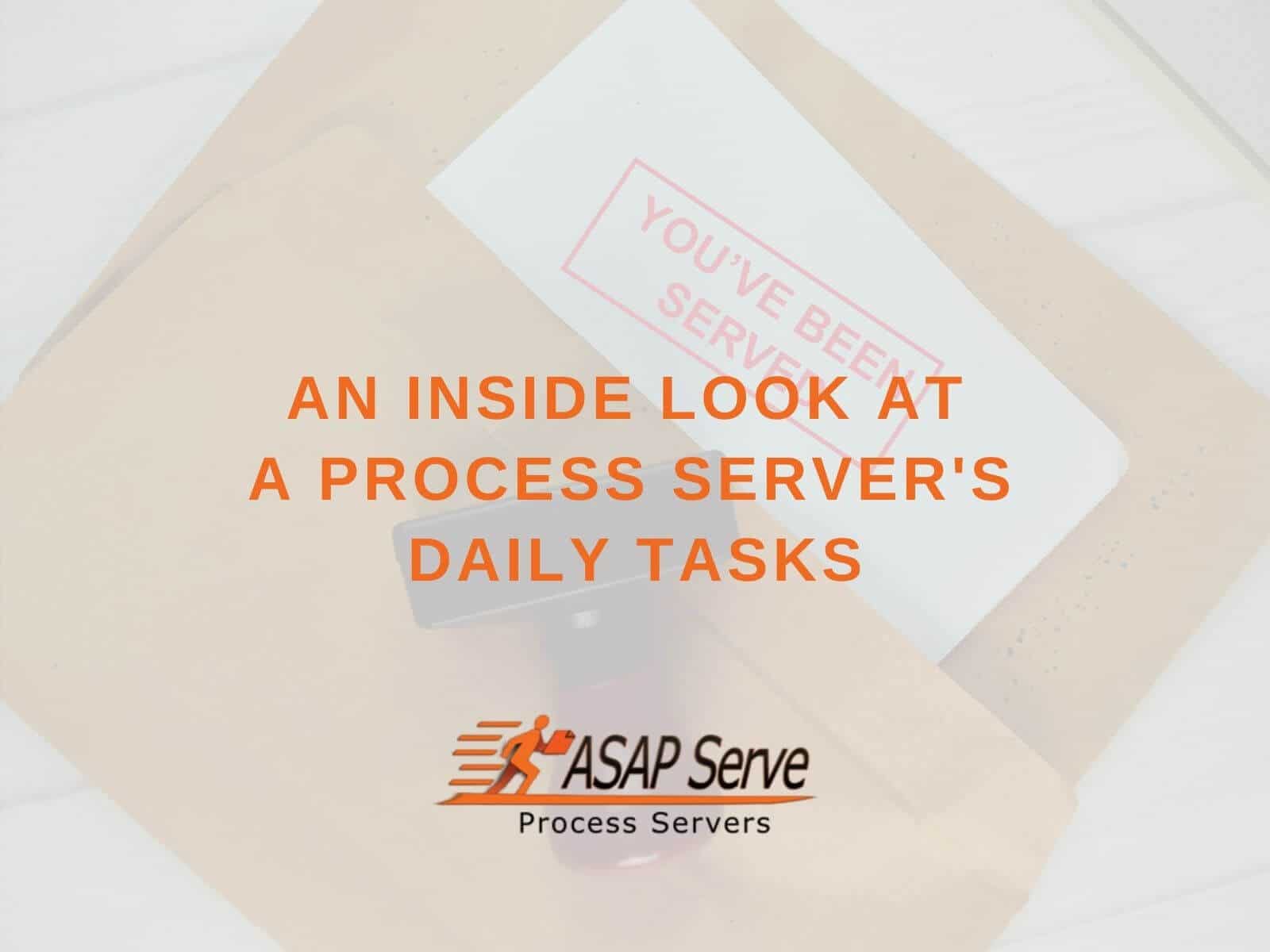 An Inside Look at a Process Server’s Daily Tasks 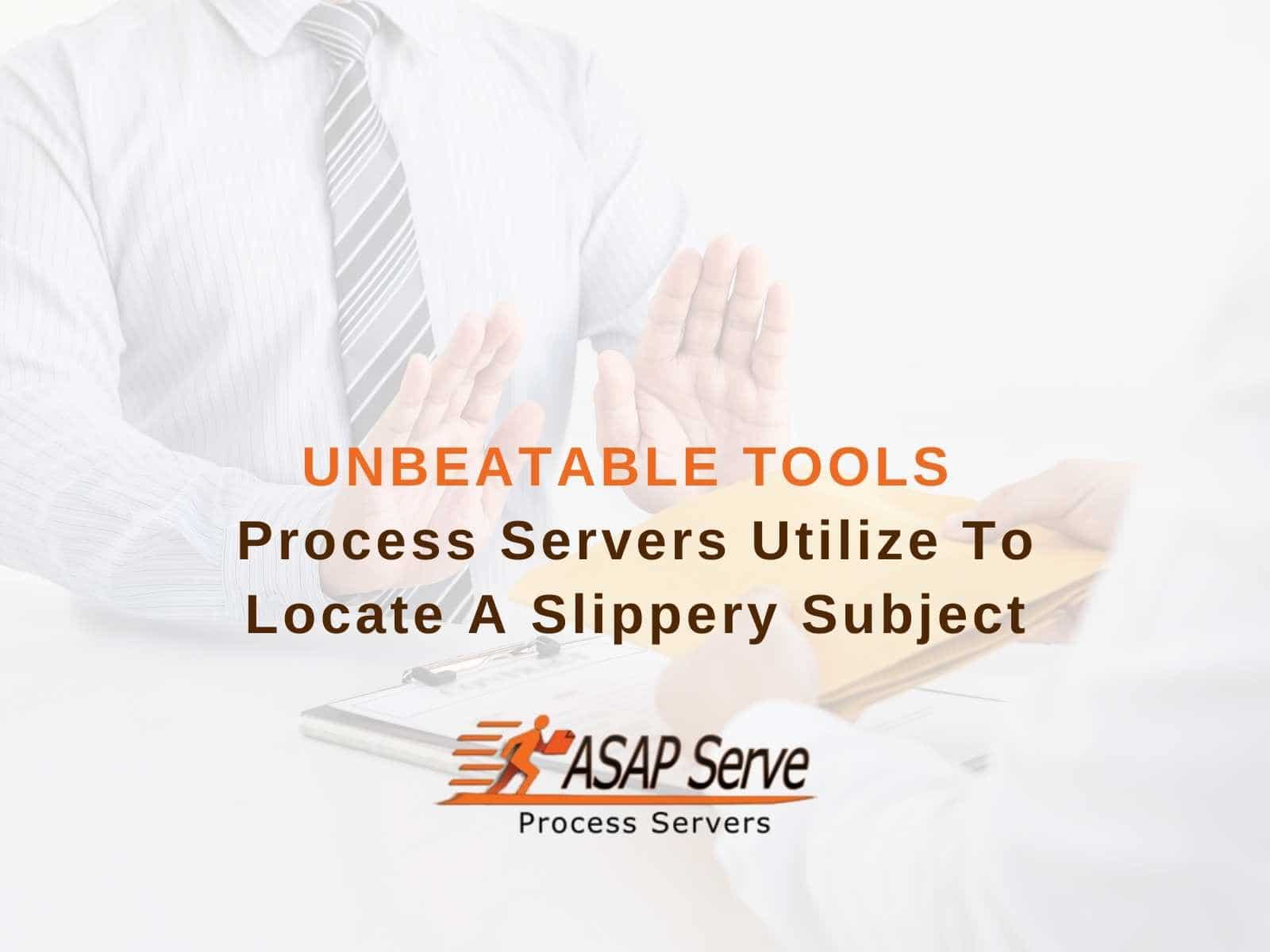 Posted by admin on  June 10, 2021
Comments Off on Unbeatable Tools Process Servers Utilize To Locate a Slippery Subject
Category: Mesa Process Servers
Why Hiring a Process Server To Help You Deliver Legal Paperwork Is The Best Decision If you find yourself needing or wanting to bring legal action against someone, such as to initiate a divorce, adjust child support or child custody, address a personal injury, or a large number of other legal cases and situations, you’ll first need to make sure that the person you are trying to sue is aware that there are legal charges
Read More

Below is a link to pay via PayPal, or send a check as your preferred method of payment, simply mail it to us with the documents for service.
PHYSICAL ADDRESS &
MAILING ADDRESS
ASAP Serve, LLC
1837 S Mesa Drive
Suite C102

We are here to answer your calls from 7am to 9pm.
Office Hours: 9am to 5pm M-F